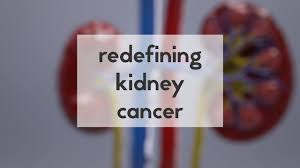 Seeds of kidney cancer may be planted in childhood or adolescence, decades before the disease is diagnosed, scientists have learned.

The common fault, caused by the botched repair of broken chromosomes, remains hidden and harmless in the majority of the population.

But in an “unlucky” few – a mere 1% or 2% – it combines with other genetic errors to set the cancer time bomb ticking.